The flat in Jankovcova street of 50 m2, designed as a two bedrooms flat with kitchen belongs to a young modern man, so we adopted the whole interior to that. Thanks to the situation, we could choose only men´s colours and rough materials.

The owner contacted us at the moment, when we could choose standards of the flat together. So the future interior was prepared well to agree with our vision. 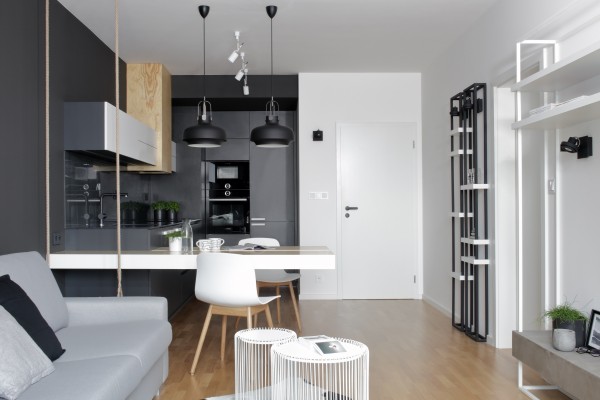 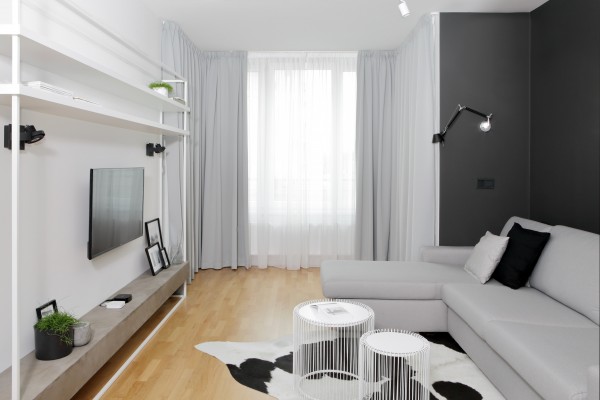 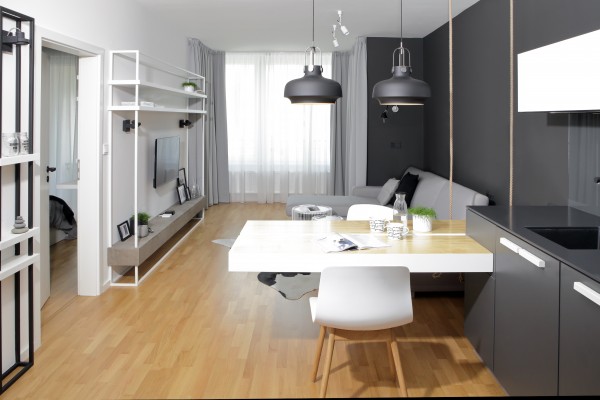 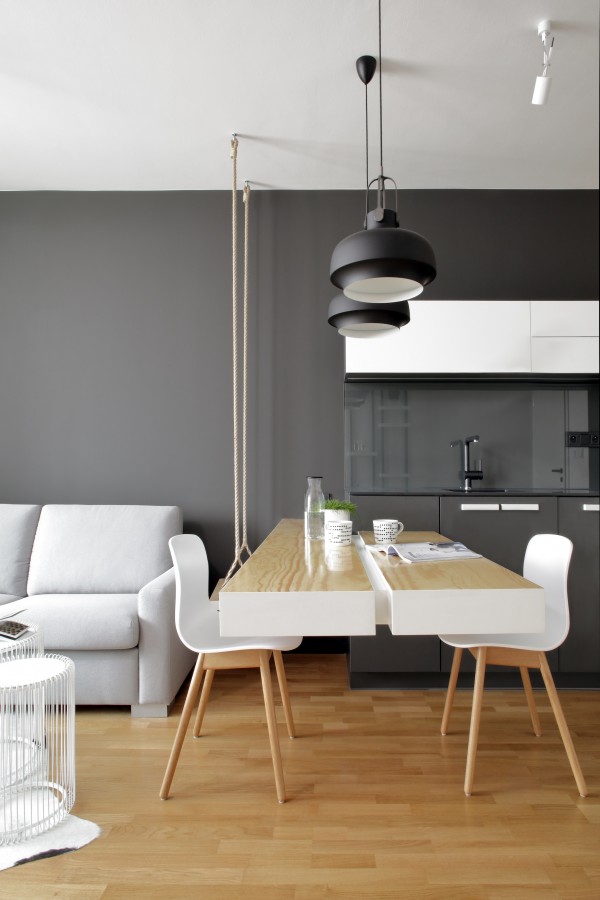 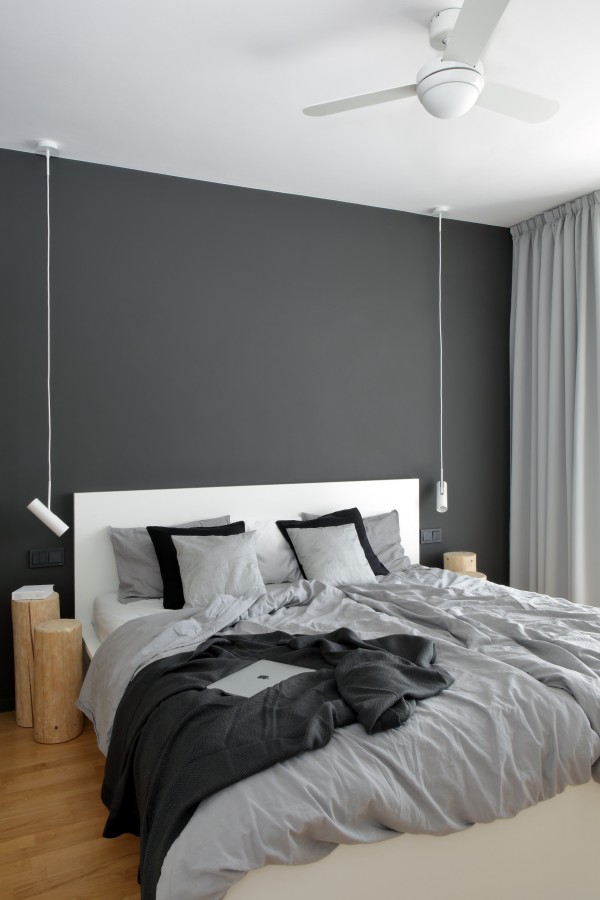 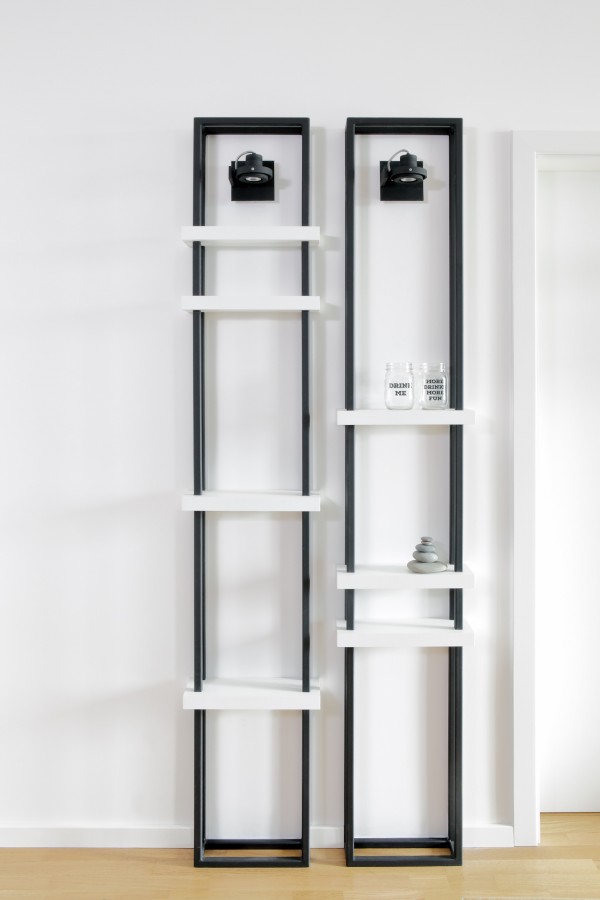 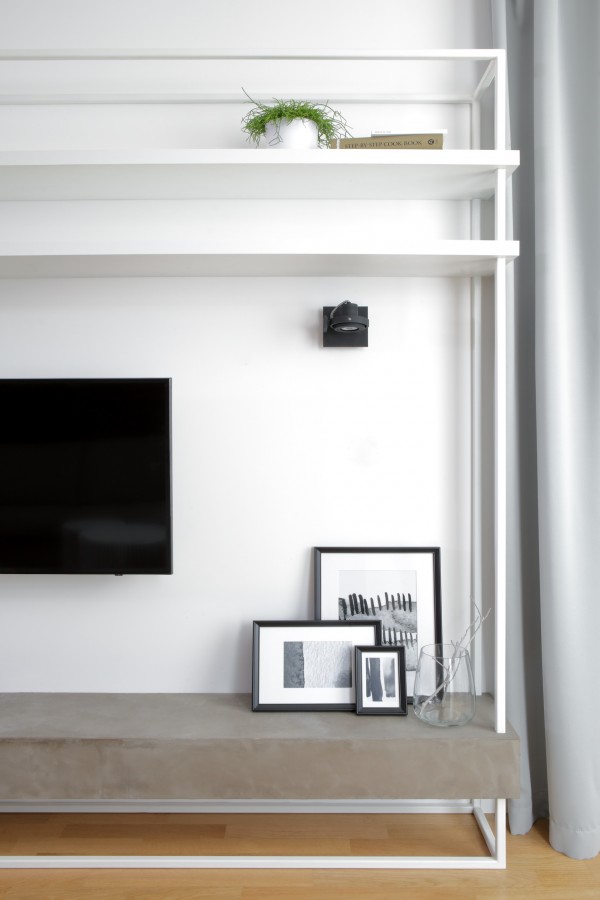 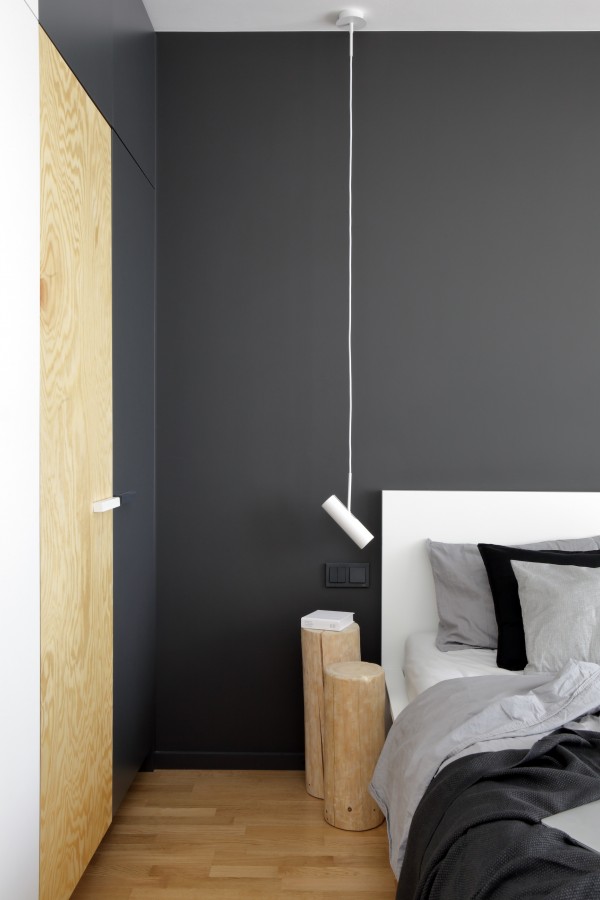 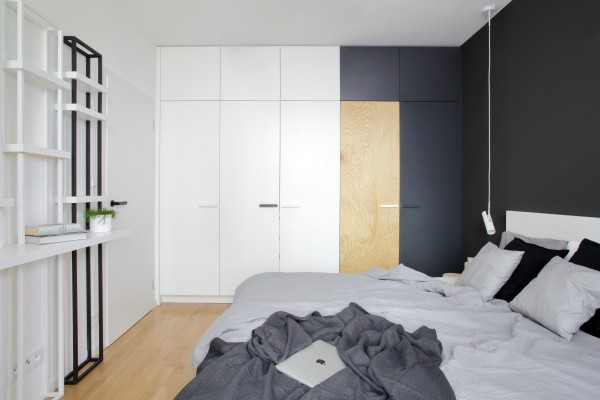 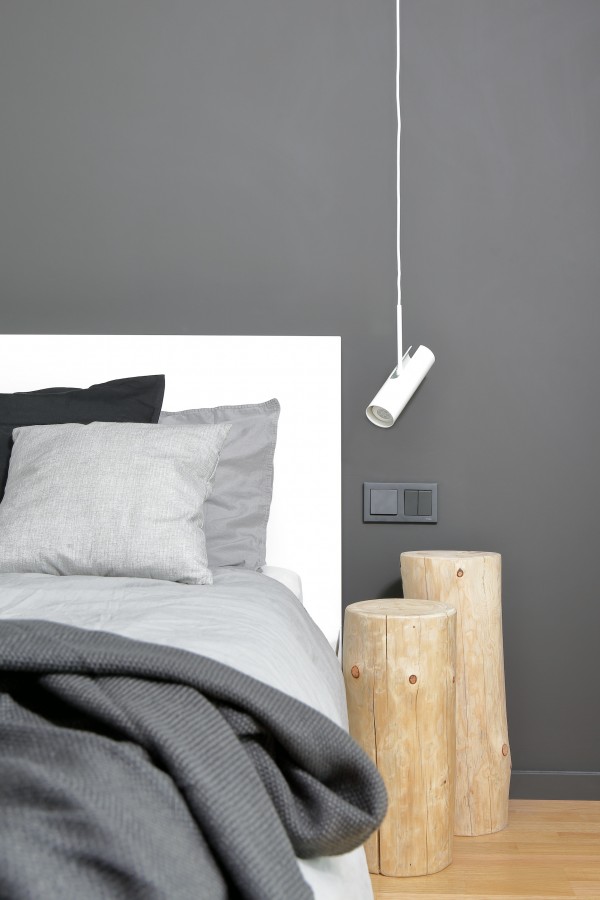 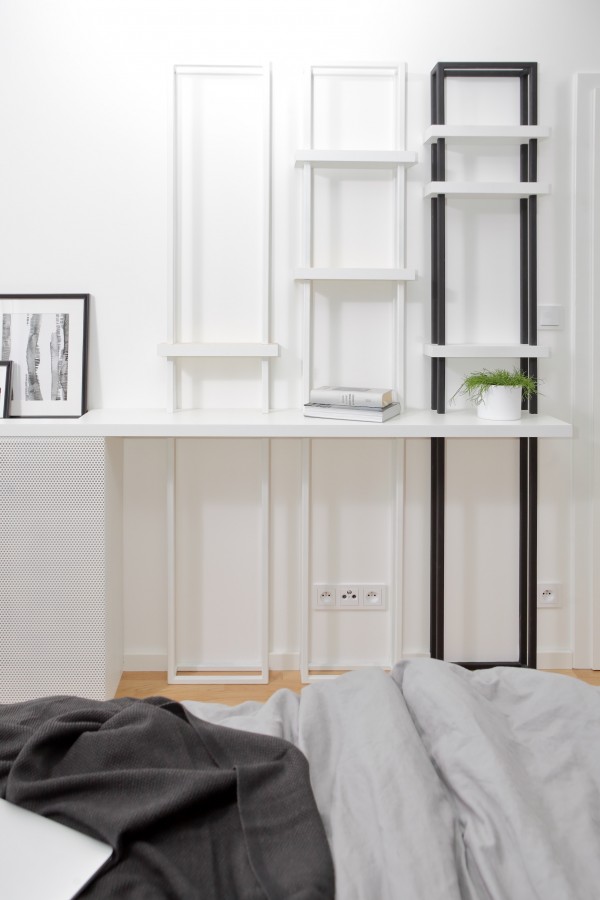 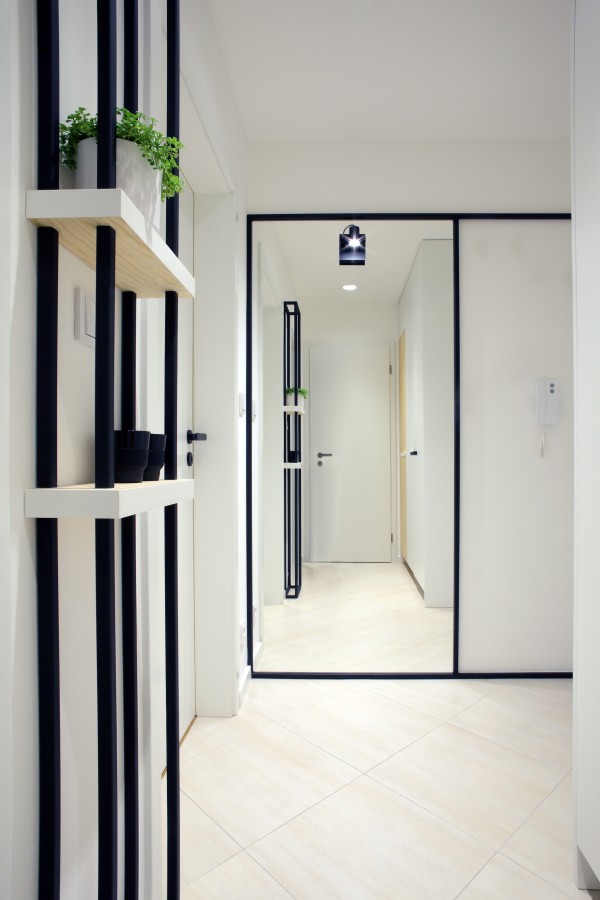 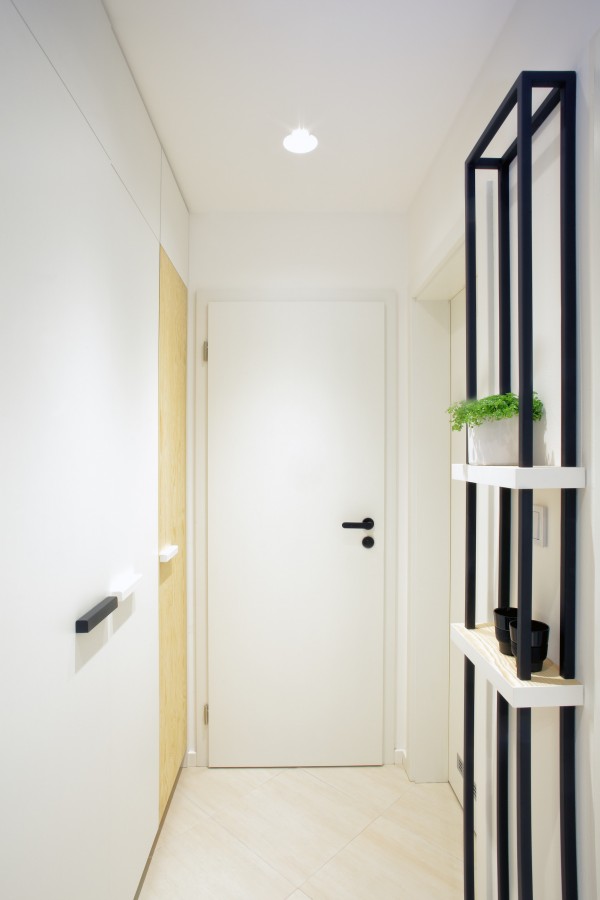 At the beginning, we didn´t like the original layout of the disposition designed by the developer. The classical problem was in such a long space location of the kitchen and the table. Because there will live not more than two people in the flat, we could place there the table for two people, but it can be used for one- off session for four people plus one at the head of the table.

The table is connected with the kitchen and thanks to inbuilt construction was possible to create it without legs. It looks dynamically and uniquely. This solution is great for session of more people and it is also possible to go through to the living part.
As a free alternative of sitting is a swing, that also works as a side table for the sofa.

The main elements of the interior are metal constructions, which connect the flat altogether from the doorway through the bookcases and TV wall in the living room to the bedroom.

The main woody plant is pine plywood on the table, wardrobes and on the cover of the kitchen extractor hood.

In spite of many dark places, the flat doesn´t seem to be dark, but it got a men´s and united character. 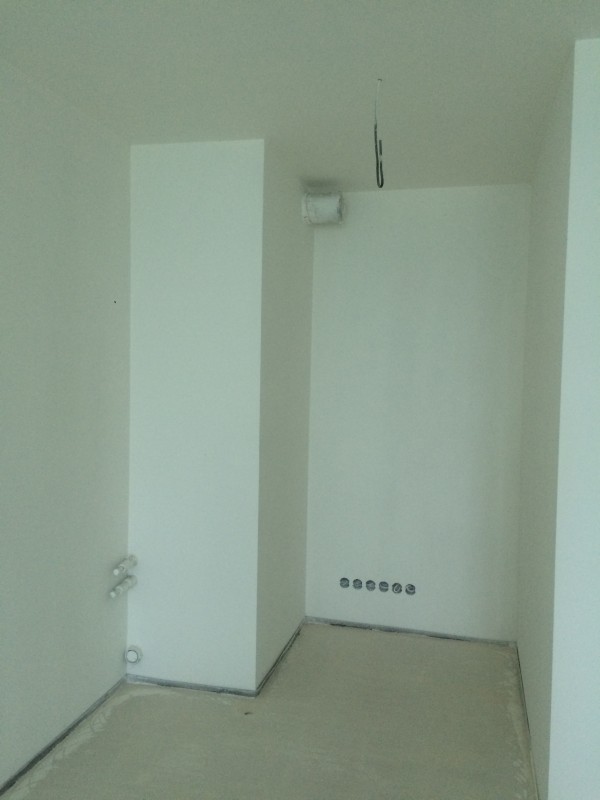 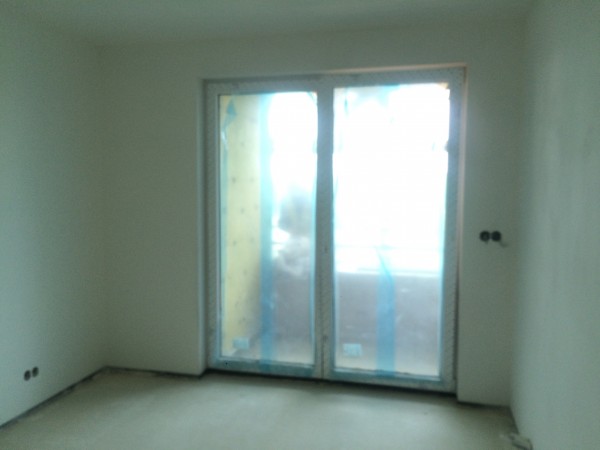 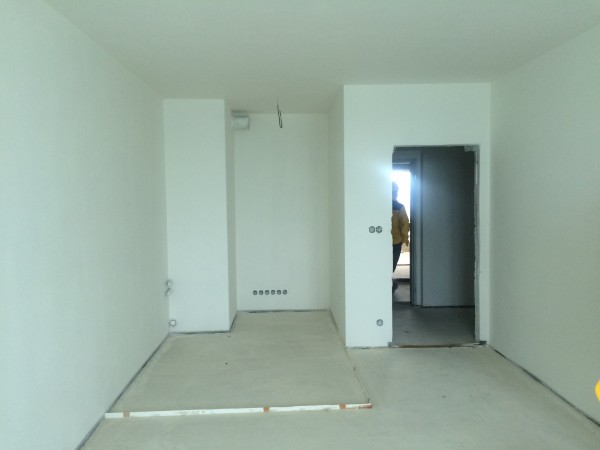